The history of bacalhau can be traced back to the 14th century and the exploration era of the Portuguese. The dried and salted cod could be kept in the ships holds for literary years and fresh supplies could be obtained from the oceans during a voyage. Bacalhau salted cod fish became a staple part of the Portuguese Navy’s diet from 1497 with the discovery of vast reserves of cod off the shores of Newfoundland.

Cod is not native to the coastline of Portugal and could only be fished from the distant and dangerous waters of Newfoundland. The seas surrounding Portugal are abundant with sardines but these were not chosen to be dried or salted. So why was Cod the preferential choice of drying and salting?

For the drying and preservation process to occur effectively there needs to be a low level of oils and fats in the fleshly sections of the fish. These oils and fat repel the saline water used in the salting process and prevent the salt from preserving the fish. Cod and other white fish have low levels of oils and small amounts are concentrated in the guts. This salting process also introduced the gutting stage of fish preparation.

The fish commonly found in Portuguese waters are sardines and other oily fish that could not be salted. The last reason for the introduction of cod in the Portuguese navy was the sheer size of the cod reserves discovered off the coast of Newfoundland. 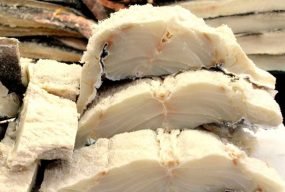 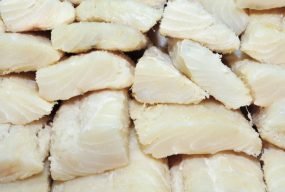 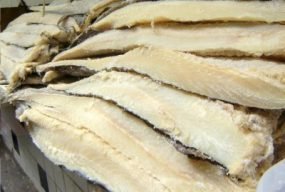